Warning: Use of undefined constant lmvf_featured_img - assumed 'lmvf_featured_img' (this will throw an Error in a future version of PHP) in /home/lmvfonline/public_html/wp-content/themes/lmvf/loop-templates/content-single.php on line 13 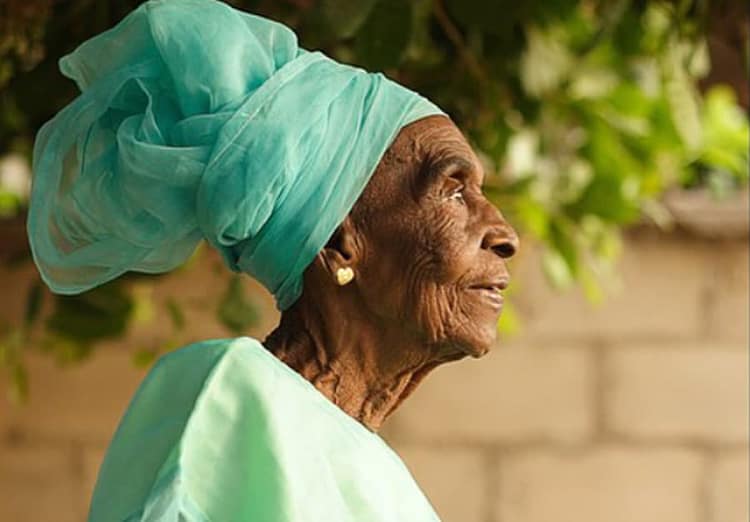 Nigeria is a nation full of unsung heroes and heroines. In this hustle and bustle that has come to characterize the Nigerian society, it is little surprise that we have neglected some of the most vulnerable ones in the society – the orphans and abandoned kids. But there was one woman who did the opposite – she dedicated her life to taking care of orphans. Her name is Mama Janet Ekundayo. Ekundayo is a name in the language of the Yorubas of West Africa. It can be translated as ‘tears turned to joy’ or ‘my tears have turned to joy’. And truly, this wonderful woman turned the hot, steamy tears of many kids into unlimited joy.

Some call her the Mother Theresa of Africa and she lived a life that is full of lessons for us, the current generation. She spoke no English yet she spoke to the hearts of many. She had no millions of dollars but the wealth she possessed will make the world’s richest green with envy for her wealth was intangible. Without a political connection or patronizing those in power, Mama Ekundayo managed to leave her footprints on the ageless rocks of time. Now here is her story.

Mama Ekundayo was married and she had five biological children of her own – four males and one female. She said taking care of children came naturally to her and she enjoyed the company of children.

It was back in 1969, that she decided to dedicate the rest of her life to taking care of orphans and abandoned children. By the year 2008, she had cared for over 470 children. These children were from all over the country, from different tribes, size, age groups and ethnic roots. But she took them all and did the best within her ability to care for them all. On how she coped with the challenges and fed them all, she stated that God had been wonderful to her, and that in addition to her own meager material contributions, help also came from kindhearted individuals, religious organizations and at times, the local government authorities who made donations and gave provisions.

Her orphanage, Ekundayo Children’s Home, is located in Isanlu Makutu, a rural part of Kogi State in North-central Nigeria. Mama Ekundayo stated that caring for kids was a calling she could not resist, and once she started it, she never stopped until she breathed her last.

She had a tiny and delicate frame, much like Mother Theresa. She loved to sing a lot and had a very charming aura. Charismatic and always full of smiles, she called on people to sit close to her when they were shy and wanted to sit at a distance. She was quite inviting and full of radiating joy. And she always had lots of prayers for everyone.

Emi ko, ishe Oluwa ni (meaning: It is not by my efforts but by the grace of God).

Agbara mi ko, agbara Olorun ni (meaning: It is not by my power or might, but that of God). This sign is also at the entrance of her orphanage.

In the year 2009, death came knocking. She was believed to be an octogenarian or a nonagenarian.

Many never heard of her until the Nigerian singer, TY Bello made a video in her honor and even produced a song titled Ekundayo ft Olufunmi for her in 2008. It was part of her popular album, Greenland.

You can watch the music video below:

Next is the another video documenting the story on how the music video was made:

Later, she would also be featured on Mosunmola Folake Abudu (Mo Abudu)’s program, Moments with Mo. One prayer she had was for God to grant her someone to whom she could hand over the project when she is no more. Her prayers were answered. Her daughter, Grace, has graciously taken upon this task started by her mother.

Source: An article originally published by Abiyamo on Nairaland