The Man Who Gave 90 Percent


Warning: Use of undefined constant lmvf_featured_img - assumed 'lmvf_featured_img' (this will throw an Error in a future version of PHP) in /home/lmvfonline/public_html/wp-content/themes/lmvf/loop-templates/content-single.php on line 13 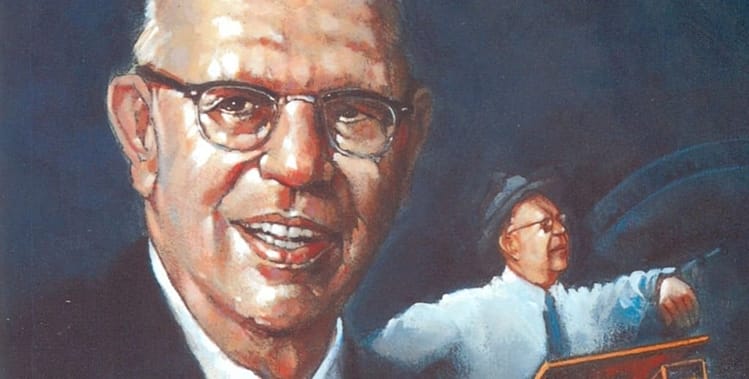 R. G. LeTourneau (1888 – 1969) was a Christian industrialist who dedicated his life to “being a businessman for God.” He was hugely successful, designing and developing his own line of earth-moving equipment.

LeTourneau was the maker of nearly 300 inventions, and had hundreds of patents in his lifetime. As he succeeded financially, he increased his giving to the point where he was giving 90% of his income to the Lord’s work.

I shovel out the money, and God shovels it back – but God has a bigger shovel is one of his most famous words.

I shovel out the money, and God shovels it back – but God has a bigger shovel – R. G. LeTourneau

You may be thinking, “I could give 90% too if I was a multi-millionaire.” Maybe so, but LeTourneau didn’t start out wealthy.

3 responses to “The Man Who Gave 90 Percent”